Resilience of China’s Economy | Liby Group: The Way of Breakthrough from “Running with Scissors” to “Leading Daily Chemical Enterprise” 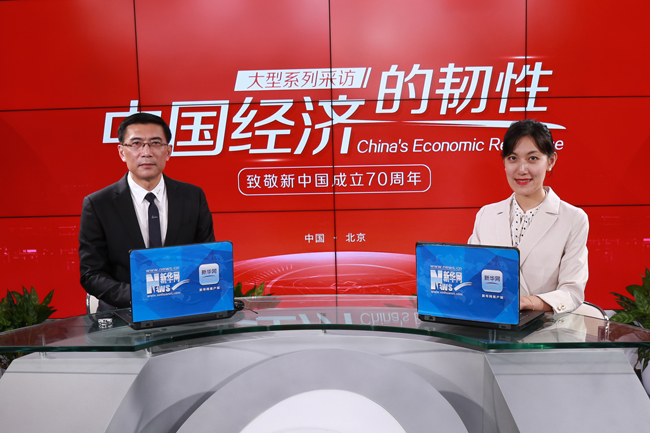 “Facing the ‘price war’ triggered by domestic brands in 1998, Liby ‘acted in a diametrically opposite way’, raising the price instead of lowering the price while enhancing product quality and dealing with the price war based on quality. By virtue of high quality, Liby quickly became a popular brand which not only enhanced brand awareness but also made profits.” In his mind, it was more important that Liby got rid of the “vicious cycle” that most daily chemical enterprises acted in cutthroat competition by low price and low quality in order to find a way of survival based on brand and quality to lay a foundation for leading the domestic daily chemical industry.

“In the fully market-oriented daily chemical industry, Liby has strived to survive from state-owned enterprises and foreign enterprises since its establishment in 1994.” Secretary of the Party Committee of Guangzhou Liby Group Co., Ltd. (“Liby Group” for short) Xu Xiaodong introduced, “Through 25 years of development, Liby Group has achieved annual sales of 20 billion Yuan with the sales of detergent ranking national first and the world’s fourth. Liby has been the first ‘payment before delivery’ daily chemical enterprise in China, which broke a debt chain of the industry. Besides, it took the lead in putting forward management systems of the chamber of commerce and developing franchise. Since 2002, Liby Group has honorably ranked among ‘Top 100 taxpayers of Chinese private enterprises’ and has been honorably titled ‘Chinese excellent private enterprises’, ‘National contract-abiding and credit enterprises’ and ‘Chinese excellent high-integrity enterprises’.” 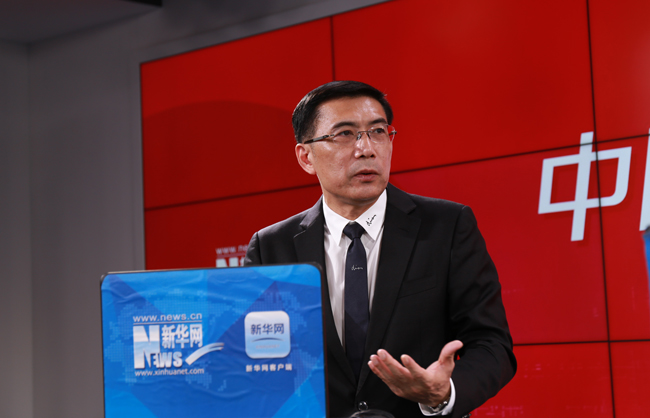 As the first non-public enterprises establishing a party organization in Guangzhou City, Liby Group established a party organization early in 2001 and through 18 years of exploration and practice, carried out a series of characteristic party building work, made certain achievements and integrated the vigor of party building into business management and converted it into productivity.

A huge tree grows from a tiny seedling; a nine-storeyed terrace must be constructed from its very base. “Only a far-sighted enterprise with strong sense of social responsibility can go further. Liby Group, as a leader of the Chinese daily chemical industry, should shoulder the social responsibility bestowed by the times, reform boldly, truely bring green and healthy cleaning concept to the Chinese daily chemical market and make family, enterprise and country better.” Xu Xiaodong said.

At the beginning of undertaking: Seven people, three rooms

Chairman of Liby Group Chen Kaixuan regarded 1994 as a watershed in his life and after that, his life experience as closely related to the development of the Chinese daily chemical industry. In 1994, Chen Kaixuan and his brother together with another 5 people came from Puning to Guangzhou and established Guangzhou Liby Cleaning Products Co., Ltd. They rented three offices in Guangzhou Development Building at Lujing Road, worked there in the daytime and made a bed on the floor at night. Just as he said “I’m the boss in the daytime and sleep on the floor at night”.

At the beginning of undertaking, Chen Kaixuan had neither money to build factories nor technologies and professionals, the only capital was that he was familiar with marketing channels of washing powder. “Together with a few people from Puning of Chaoshan, we started an undertaking in Guangzhou without factories and technologies, we could just reply on outsourcing and OEM, which is called asset-light strategy now in a fashionable way and we called ‘borrow hens to lay eggs’ then.” He recalled those days when they produced washing powder only.

For survival, Chen Kaixuan decided resolutely and determinedly to keep away from big cities and concentrate on the rural market. After identifying weaknesses arising from limited energy and endemic of great brands and setting prices more reasonably under the premise of quality assurance, Liby quickly opened up the rural market.

In the meantime, Chen Kaixuan innovated marketing boldly through cooperating with local trustworthy and capable individual dealers with sales network instead of local department stores. Besides, he intensified advertising and marketing and selected a wholesaler from every area. For lack of capital, Chen Kaixuan rejected transaction on credit but payment before delivery.

By 1997, Liby has grown into the “leader” of the Guangdong market within only three times. Xu Xiaodong recalled: “We received many letters from consumers every day and many migrant workers in the Pearl River Delta went home for the Spring Festival with a box of Liby washing powder. We felt astonished and touched then.”

The way of advance: Opened up “big daily chemical” strategy

Competition among daily chemical enterprises is like a white war. Local brands developed and grew after 2000. It was both an opportunity and a challenge for Liby Group. Liby Group set big daily chemical development strategy and began nationwide merger and acquisition in 2004.

“A smooth sailing is impossible in market competition. With the development of cleaning products, we intended to other fields of the daily chemical industry. For example, we tried produced Liby toothpaste, but in vain. Through market survey, we knew that consumers thought of washing powder at the mention of Liby. Hearing of Liby toothpaste, they imagined brushing their teeth using washing powder, so we closed out the project.” Xu Xiaodong recalled.

“After that, we developed future development strategy to expand business in related fields of the daily chemical industry. In 2005, we acquired and recombined Lantian Liubizhi for the access to the oral care field and multi-brand specialized management.” he introduced, Liby Group acquired and established Shanghai New COGI Cosmetics Co., Ltd. in July, 2006 and entered the cosmetics field.

“In order to maintain sustainable development and encourage innovation, Liby Group spends 4% of sales in research and development every year.” Xu Xiaodong said. Constant input of daily chemical enterprises in the field of science and technology is important for judging the market trend and realizing sustainable development. Liby people are far-sighted. They have a developmental perspective of 5-10 years and a deep thinking of their own development strategy.

“For example, ‘development and industrialization optimization of high-tower forming and washing powder concentration and efficiency-enhancement technology’ independently developed by the R&D team of Liby Group not only optimized formula and technology, but also significantly improved energy conservation, emission reduction and environmental protection with detergency and apparent specific gravity of washing powder increasing by 15%-20%, consumption of coal, steam, water and power for1t washing powder decreasing by about 25% and usage of filler in washing powder decreasing sharply from 40％ to about 20％ of the formula.” He introduced.

“When Liby started to build the first large production base early in 1997 in Panyu, chairman Chen Kaixuan gave a preliminary guidance to the construction headquarters-‘Our factories must use the best equipment and the most advanced technology. Particularly, we must completely eradicate environmental issues of factories.’” Xu Xiaodong recalled, “The chairman valued both green health of product formula and environmental protection during production.”

In 2018, Liby Group launched “green consumption ecology +” strategy for the first time and built a “green consumption ecology +” era connected to consumer contacts in an all-round way through “new platform”, “new marketing”, “new R&D” and “new brand”, which indicated that Liby Group will accumulate energy and enter a brand new development stage by brand new strategy as of the 25th anniversary.

“The core of “green consumption ecology +” strategy is to return to consumers and arrange product, brand, channel and industry chain from consumer need. Based on the realization path of brand new strategy, Liby Group will launch a variety of new products according to different consumer needs and drive enterprise upgrading by product and marketing innovation.” Xu Xiaodong introduced.

Party building: “Highlighted” in the development of Liby Group

“Today’s Liby Group cannot be separated from the leadership of Chinese Communist Party and the reform and opening-up policy.” Chen Kaixuan kept saying over and over. He has told us that Liby Group has kept the momentum of rapid growth since establishing a modern enterprise system. However, party building highlighted the development of Liby Group. It was just because of “this” that Liby Group constantly found the correct position and led the trend of the times.

“From the founding of the Party Branch in 2001 to the founding of the Party Committee of Liby Group in 2008 and becoming a non-public enterprise with the most complete party organization and 8 organizations including Discipline Inspection Commission, United Front Work Department and Armed Forces Department, party building was more than a piece of work but a red line stringing enterprise culture and value and an effective means to enhance employee’s cohesion and perception of affiliation.” Xu Xiaodong said.

In his opinion, “Cultivating party members into backbones and developing backbones to party members” is an important development idea for Liby Group. As a private enterprise, Liby Group always unified strengthening party organization construction and building modern enterprise system and effectively promoted enterprise development through the explored “five comprehensive combinations”. In 2013, the Party Committee of Liby Group was chosen by the Organization Department of the Central Committee of the CPC as top ten advanced models of excellent non-public party organizations.

“Progressiveness, diligence and frugality, arduous struggle, pioneering spirit, transcendent spirit; loyalty and filial piety, kindness, righteousness, modesty, honesty and simplicity, pursuit of victory and enterprising spirit. It is the spirit of ‘Liby people’ proposed by the chairman and an important manifestation of enterprise culture of Liby Group. Liby Group will shoulder the social responsibility bestowed by the times and make family, enterprise and country better.” Xu Xiaodong said.